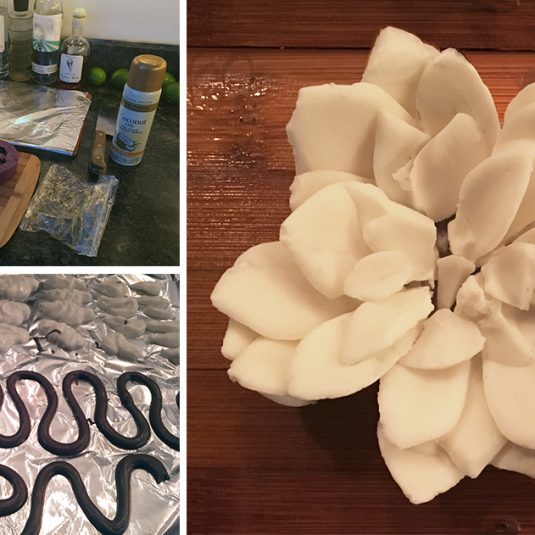 This week marks the first return to a Weekly Project for iteration.
From an early week’s experiment in mold making comes the first try with chocolate.
Since I knew the mold would be problematic, I had low expectations for using a more finicky material than glycerin soap. Chocolate needs to be tempered, and its brittleness means getting it out of the mold would be difficult.

I used white chocolate (it’s easier not to eat the failures and could be colored) and milk chocolate. I set up the two molds with two separate sets of variables to test, from using coconut oil as a release or not to how I cut the mold into pieces, as well as temperature and cooling variations. All of the experiments yielded interesting results, but none of them were even remotely close to a presentable final shape.

Further refinements are in order, but it will start with new molds (including a spruing system and probably a second alternative approach based on combining parts). I have tons of chocolate left, and using the piping bag to make random squiggles turned out better than the attempted molds…go figure.

No major reflections on process this time, just the overwhelming urge to keep going.