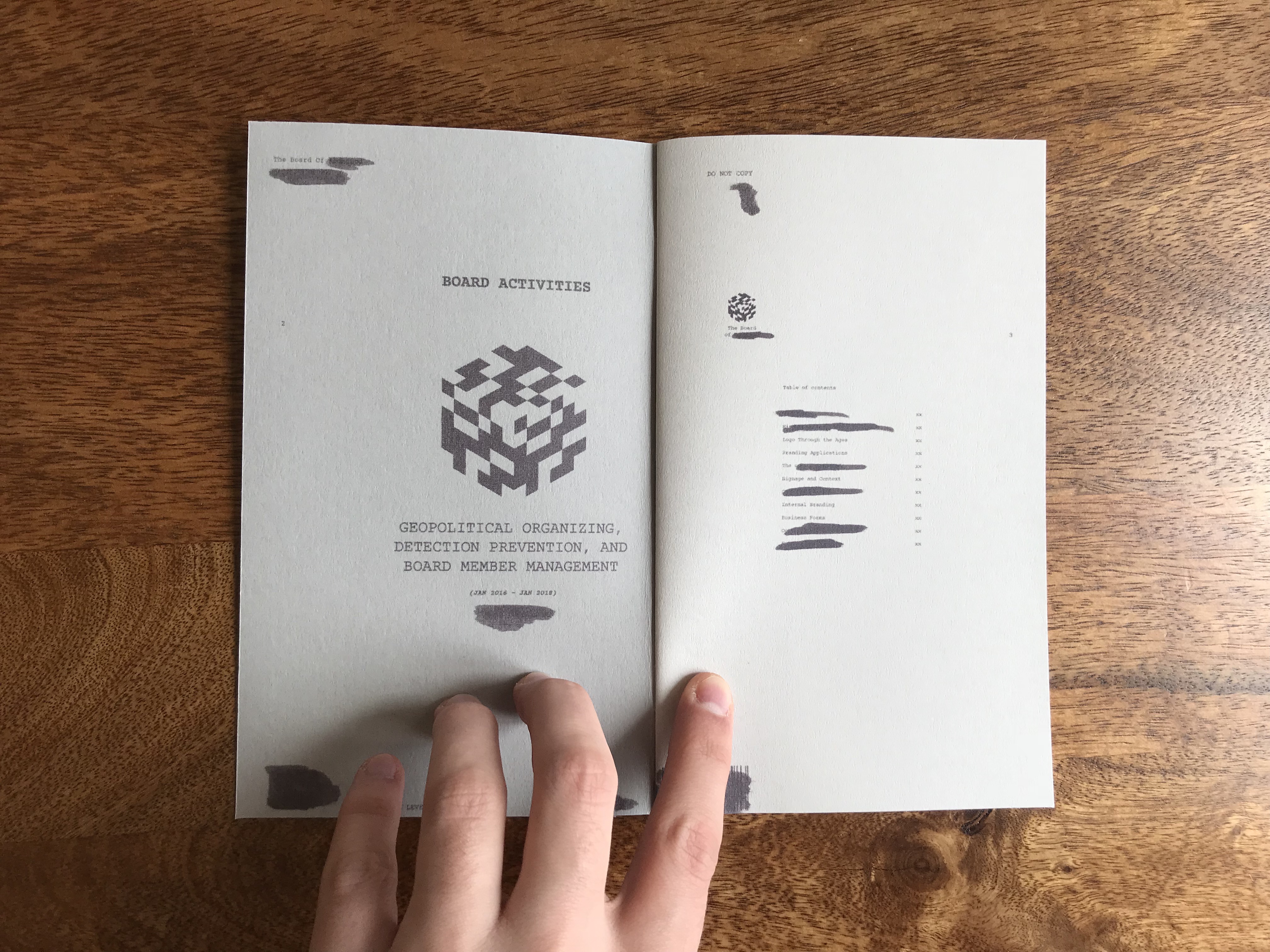 “I graduated last week, and while this isn’t necessarily something I made or even completed last week, it’s the last major thing I completed for school, so I wanted to send it your way!

The basic gist of the project is, it’s a booklet with the storyline that it was made by someone who worked for a secret organization. As you browse through the book, which is comprised mainly of scans and blurry photos, you realize the author had been fired from the secret organization, and seeks to leak information about them to the public through this book. As you get to the final page and scan the qr code there, you’d be guided through downloading an app that uses augmented reality to patch new leaks and info into a static analog booklet. Pages with floorplans reveal a 3d version of the building itself when viewed through a phone camera, censored letters reveal AR handwriting of the author criticizing the group, stuff like that. It was my first time really using Unity and Vuforia and I’m hooked. I’ll definitely be messing around with that stuff in the future!”