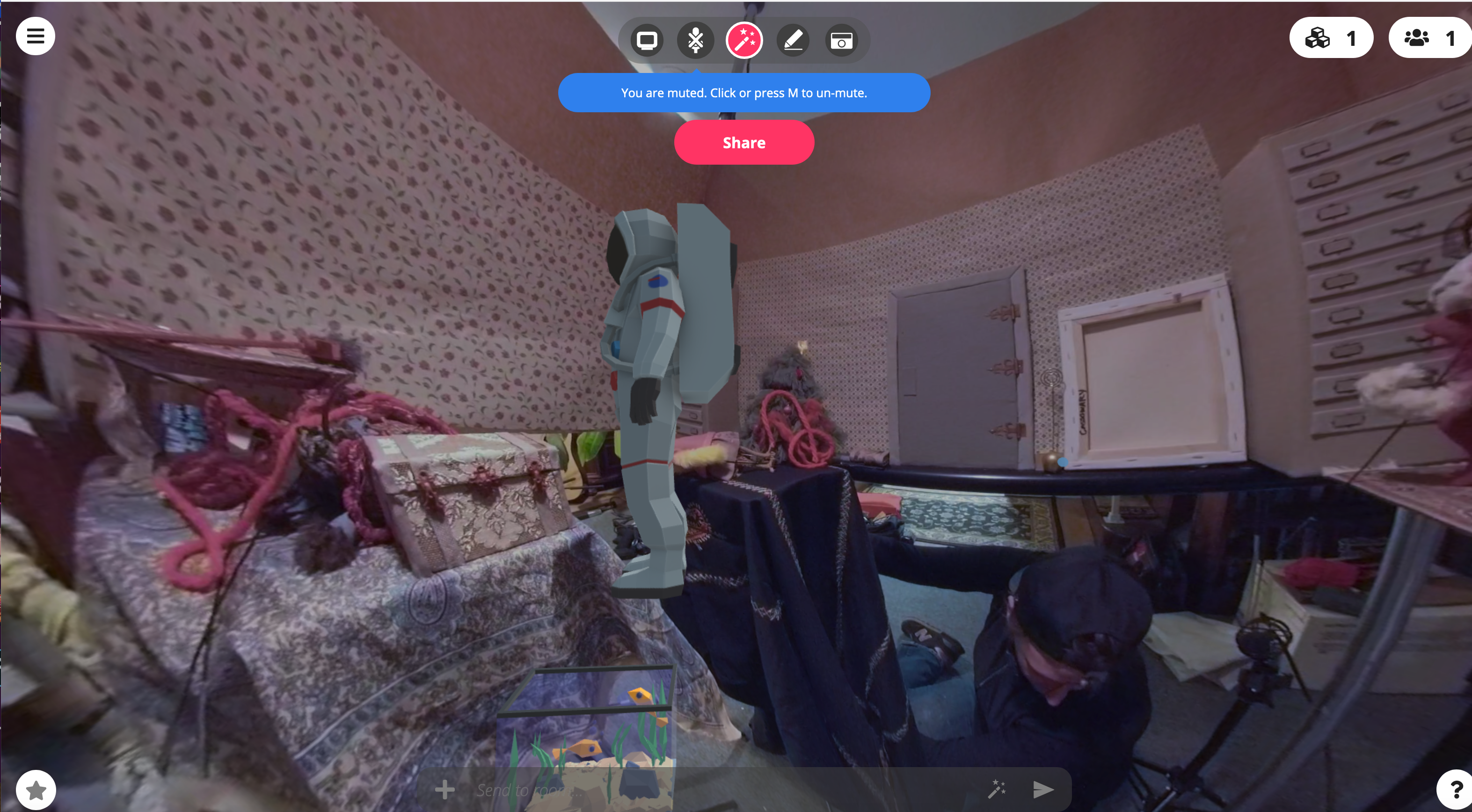 With 1.5 hours of uninterrupted computer time this week (and counting, as I type this) I was able to check out Mozilla Hubs ( hubs.mozilla.com ) and Spoke ( https://hubs.mozilla.com/docs/spoke-user-interface.html ) where it turns out it’s super-easy to drop in 360 video!! This raises interesting possibilities about how the user might “make choices”. I had intended to have a point-and-click interaction with a fixed camera for practicality, because I was going to do the designing in Unity. But with Hubs, it’s super simple to let the user “walk” around. The user could potentially make choices by wandering from scene to scene.

Here’s the test video I uploaded to Hubs, to see if and how it would play: https://hubs.mozilla.com/BtE66Wd/fuchsia-responsible-outing (Disclaimer that the set isn’t final and the footage could use color correction.)

Hubs also makes it seem easy to potentially add a floor and ceiling to the scene, so you can’t see the puppeteers… or maybe I could let the user/viewer drop below the plane to check out the puppeteering action if they choose. This really raises many new interesting possibilities, and I’m so glad this group introduced me to it!