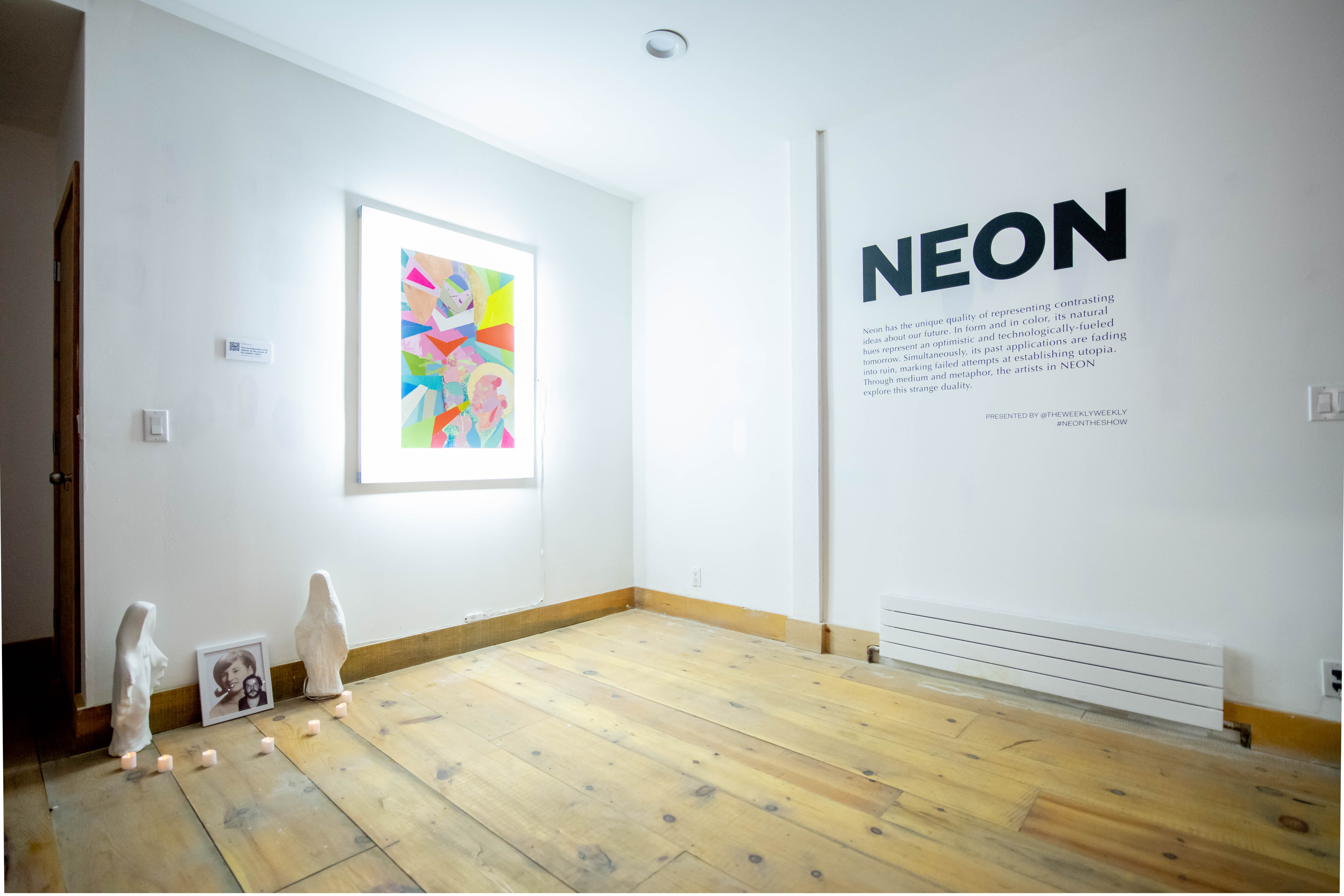 Letter from the editor #01

A note from The Weekly Weekly:

I started The Weekly Weekly as an attempt to motivate the people around me to do cool stuff. It has been sort of a mission I’ve been on for a while with my past lined with the starts and stops of projects that have lead to dead ends and ideas that have started to take root but have lost momentum along the way. Granted, I’ve had a few successes, and even in my failures I’ve managed to do some cool things, but I feel like something’s working here that’s never been able to land. There’s a certain type of energy I get from doing this, and from being able to help the people around me do cool stuff that I haven’t found doing anything else. The thing is, my own energy is a direct result of the people who’ve put time into the process to make their own work come alive. Honestly, I was very nervous about putting on NEON. I’d never produced an art show before… I’ve produced other things but never like this. It was totally outside of what I normally do, but it felt natural. I woke up a few mornings before the show with bouts of anxiety, worried that it wouldn’t work, that it would be a disaster, that no one would show and that a year’s worth of work would end in a dud, but people showed up. I don’t just mean they showed up for the show… and that they did, but they showed up with their work, their energy, and their belief that this little endeavor could work. That right there is the energy that keeps this going. Every email that comes in with progress, every time someone reminds me that this has helped them in some way, and every time I see that glimmer in someone’s eye that says ‘hey, I’ve got this cool idea but I don’t know where to start’, that wave of energy comes back… because I know there’s something here that’s working. So, here we are after a year of testing week-by-week and launching our first group show, we embark on our second year of unknowns with the knowledge that something about this is working, and that we can motivate each other to do great things. Here’s to 2019, I’m looking forward to making it a good one.

Buzzfeed lists got nothing on us